The humorous story of how Len got Beaumont into South Africa 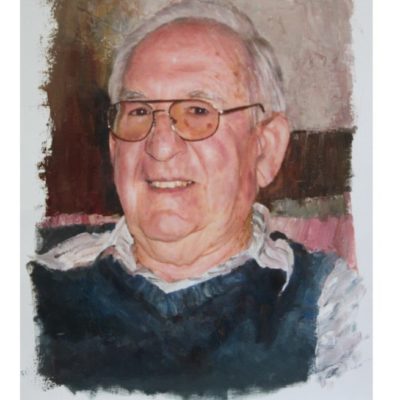 In 1968 I attended a Citrus symposium in Riverside near Los Angeles Calif. I met some Australians and immediately asked them all about Macadamias. We organised a “Macadamia Trip” and Bill Storey took a small group of 4 or 5 to meet the California Macadamia Society. This was in about October of 1968. The Aussies knew him as he had recently been visiting them on Macs.

He was the world’s worst driver stationed now in California after his stint in Hawaii. He was involved in selection work while in Hawaii. While on this work he visited Australia so knew much of the areas where Macs were then grown. Bill brought over quite a few promising selections that went into the HAES gene bank. One of these selections was NSW44 that was given the HAES no 695.

Via Doc (v.d.Meulen) I was in touch with Prof Dick Hamilton (Then Dr R.A. Hamilton) on Papaya (Papino®) and Dick continued with most of the selection work on Macs in Hawaii for many years followed by Phil Ito (now too retired).

We met up with Col. Wells Miller then president of the CMS and Cliff Tanner a board member.  Wells showed us his orchard and cracker and gave us each a tin of the Royal Hawaiian (now Mauna Loa) nuts.  When I tasted the nuts my first reaction was that it was a fantastic product with vast marketing potential. I was sold on the crop.

We then visited the Southern Californian variety block where all the HAES varieties were growing and there was no doubt that Beaumont stood out as far as the nearly mature crop was concerned.

By the time we arrived at Cliff Tanner’s orchard we were all extremely tired and hot with frayed nerves from Bills driving.  Cliff first showed us his magnificent tubs of Cymbidium orchards in full flower as a ’pick-me-up’ and then we went to the Beaumont (695,NSW44) orchard.  It was a young orchard then and it was laden with nuts. During this visit he advised me to introduce it to South Africa and offered to send me some scion wood in due course. This trip was a turning point for me as immediately I ‘fell in love’ with the product and the variety.

Back at home I asked Dr Johan Grobler of the Research Station to import the graft wood to which he agreed.  The condition was that I could arrange everything, but the scions had to go into the quarantine station at Stellenbosch 2 years until with special dispensation we could take it to Nelspruit.   After the 2 years, if it was clean, then it had to be multiplied so that everyone who asked for some plants could receive the material. So only when there were enough plants to supply everyone who applied, could I receive my 2 plants?  I understood the quarantine requirement, which is essential, but I never understood the logic behind an enterprising person having to wait for everyone else’s benefit. It had something to do with everyone being treated equally and no one should be a jump ahead of anyone else, they tried to explain.

I, immediately on my return, as luck would have it, applied to Pretoria for the necessary permits to import the graft wood.  Remember there were sanctions at the time so I had to have Reserve Bank clearance, not that any currency was involved, before a phyto-import permit could be granted. This was to stop money fleeing the country during the apartheid regime.

Now old Cliff Tanner was a doer, and not a talker, and so he simply posted the graft wood to me at Letaba by air parcel post without my knowledge.

All hell broke loose and the next thing I had Grobler on the phone giving me 1000 words!  They threatened me with jail. Customs had picked up the graftwood at Jan Smuts Airport. I could explain it all satisfactorily in the end.   The necessary red tape was completed and the parcel went to Stellenbosch and then to Nelspruit where all the subsequent events took their course.  I remember a few years later collecting my 2 plants together with a car load of plants for others, amongst which were 2 for the Loughar-Clarks in Georges Valley.